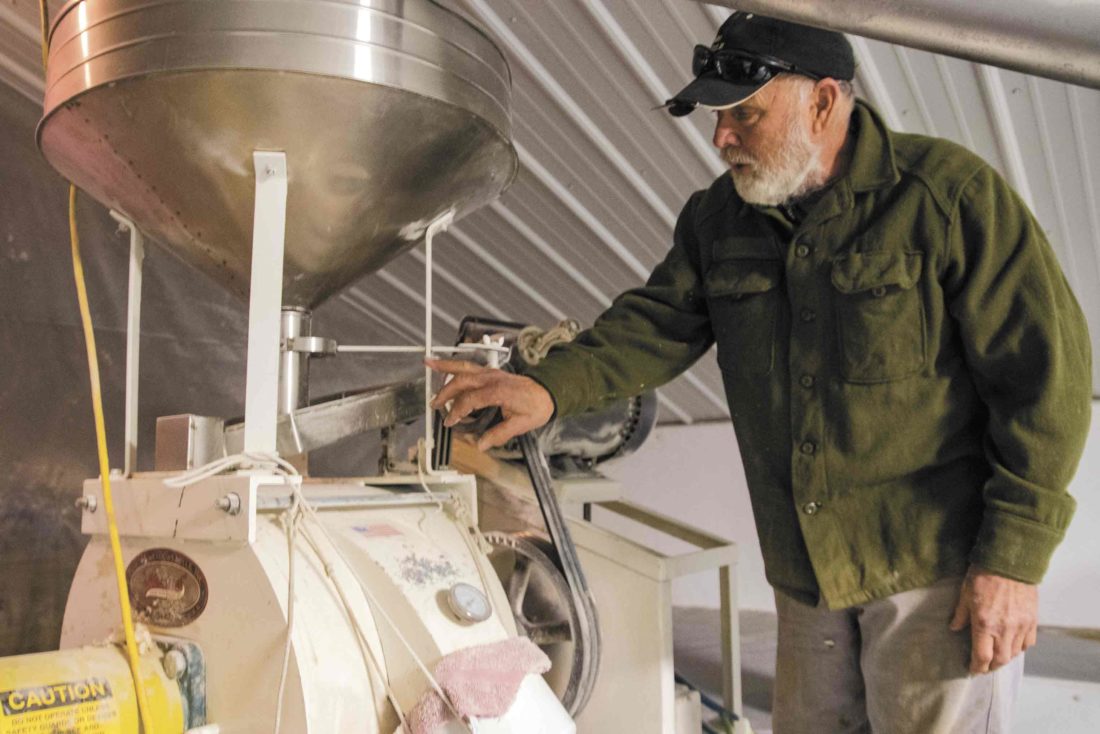 I broke tradition and listened to some Christmas songs that I came across when station surfing in the car the week before Thanksgiving.

Usually, I refuse to do anything Christmas-y before Thanksgiving has concluded, but with the two huge snowstorms we’d already had, it was beginning to look a lot like Christmas, anyway.

I sang along with Frosty the Snowman, Santa Claus is Comin’ to town, and then Rockin’ Around the Christmas Tree on my way to pick up my son.

What the heck does Brenda Lee actually mean by “new old-fashioned way”? I had always wondered. It sounds like an oxymoron to me, I scoffed inwardly.

The weekend after Thanksgiving, standing at the kitchen counter circled by hopeful dogs, I was picking apart a rotisserie chicken and mulling over a comment from an older relative as I put soup ingredients into my crockpot.

She had lamented that no one honors traditions anymore. “Look at all these people! Working women don’t cook today…” Our family had gone out to eat in a restaurant for our Thanksgiving meal.

Well, au contraire monfrère, because there I was, a working woman, cooking; Cooking something traditional in a crockpot – on a Sunday afternoon while I could hear the football game in the next room. It doesn’t get more stereotypically traditional than that. The only thing missing was an apron.

It got me thinking about traditions.

First of all, what is tradition? Merriam Webster says it’s an inherited, established, or customary pattern of thought, action, or behavior.

My kids count on certain traditions year after year. For example, at Thanksgiving, we have a Gratitude Tree where we hang leaves upon which we write blessings we’ve counted. We usually eat turkey dinner and pie, regardless of where we are. At Christmas, everyone has favorite ornaments to hang on the tree, including the hand-painted ones from my grandmother that have been handed down through the generations. We make fudge and peppermint bark to give as gifts.

I do, indeed, honor traditions.

However, our family traditions are different than they were five, 10 and even 20 or more years ago.

As a child, I went over the river and through the woods to our grandparents’ house the night before Thanksgiving. When my brother and I got to high school we were too busy with spirit week for that.

It seems that the passing down of the holiday torch occurs directly in relationship to the grandchildren growing up. For example, in my senior year of high school, my mother inherited the role of the family matriarch and hosted the Thanksgiving meal after the high school football game. On Christmas morning, she made us all homemade monkey bread that we ate while opening gifts.

Ten years ago, when my mother passed away suddenly and unexpectedly, I was left holding the torch. My kids were far from the grown-up, which is why it was especially important for me to carry it and carry on.

Here are some things I realized about the importance of traditions.

My kids used to make gingerbread houses at Christmastime, but we haven’t done that since my oldest’s 16th Christmas. I still have an unused gingerbread house kit sitting on a top shelf that I look at wistfully from time to time. That is okay.

All of a sudden, Brenda Lee’s song made perfect sense to me. Our “old-fashioned ways” change when they no longer work for us, such as when we can’t bear to look at that empty chair at the dining room table.

Since traditions are still important, we must create – and honor – new customs. Life goes on and so must we. That is why my “new old-fashioned way” is going out to eat at Thanksgiving every year. And that is okay!

Sorry I ever doubted you, Brenda Lee. I get it now! I thought as I put the lid on my crockpot. Then, since I wasn’t wearing an apron, I wiped my hands on one of the Christmas-towels I’d pulled out of storage the day after Thanksgiving.

Previous articleIf This is Your First Thanksgiving As A Single Mom, This is For You….
Next article10 Ways to Balance Holiday Expectations

HOW TO GET GRASS STAINS OUT OF SHOES

Isn’t it annoying that you purchase a new pair of white shoes and you get them sullied almost in some days...
Read more

The Main Reason Why A Breakup Is So Hard to Handle

Have you recently faced a breakup? The termination of a relationship can be terribly painful for the person who played no...
Read more

How To Cure Dog And Cat Pain Inflammation?

Administering the Proper CBD Dosage to Your Dogs

How To Make Outstanding Logo Intros For YouTube Videos

When it comes to baby hair, you must know that the follicles on their scalp are very fragile and are prone to...
Read more
PARENTING

Being a parent is hard work at the best of times, and even more so when it comes to money. My daughter...
Read more
PARENTING

With the current economic climate it pays to be savvy with your money and it’s never too...
Read more

The glare of two computer screens in a dark room assaulted my retina as soon as I walked into my daughter’s bedroom...
Read more
TEENAGERS

When You’re Not sure who’s Being Punished

When you have teenagers, discipline takes on a whole new meaning. As do the ‘crimes’.  I mean, when they were little, it...
Read more
TEENAGERS

I picked up some birth control brochures from my doctor the other day because I’m thinking of switching to a different one...
Read more

Since I read the book my objective is simple: to compare the two mediums and to assess how Hollywood did in their...
Read more
ENTERTAINMENT

I’m going to treat my review of these three books as a collective whole, as I do not see them as separate stories, but...
Read more